By clicking “Accept”, you agree to the storing of cookies on your device to enhance site navigation, analyse site usage, and assist in our marketing efforts. View our Privacy Policy for more information. 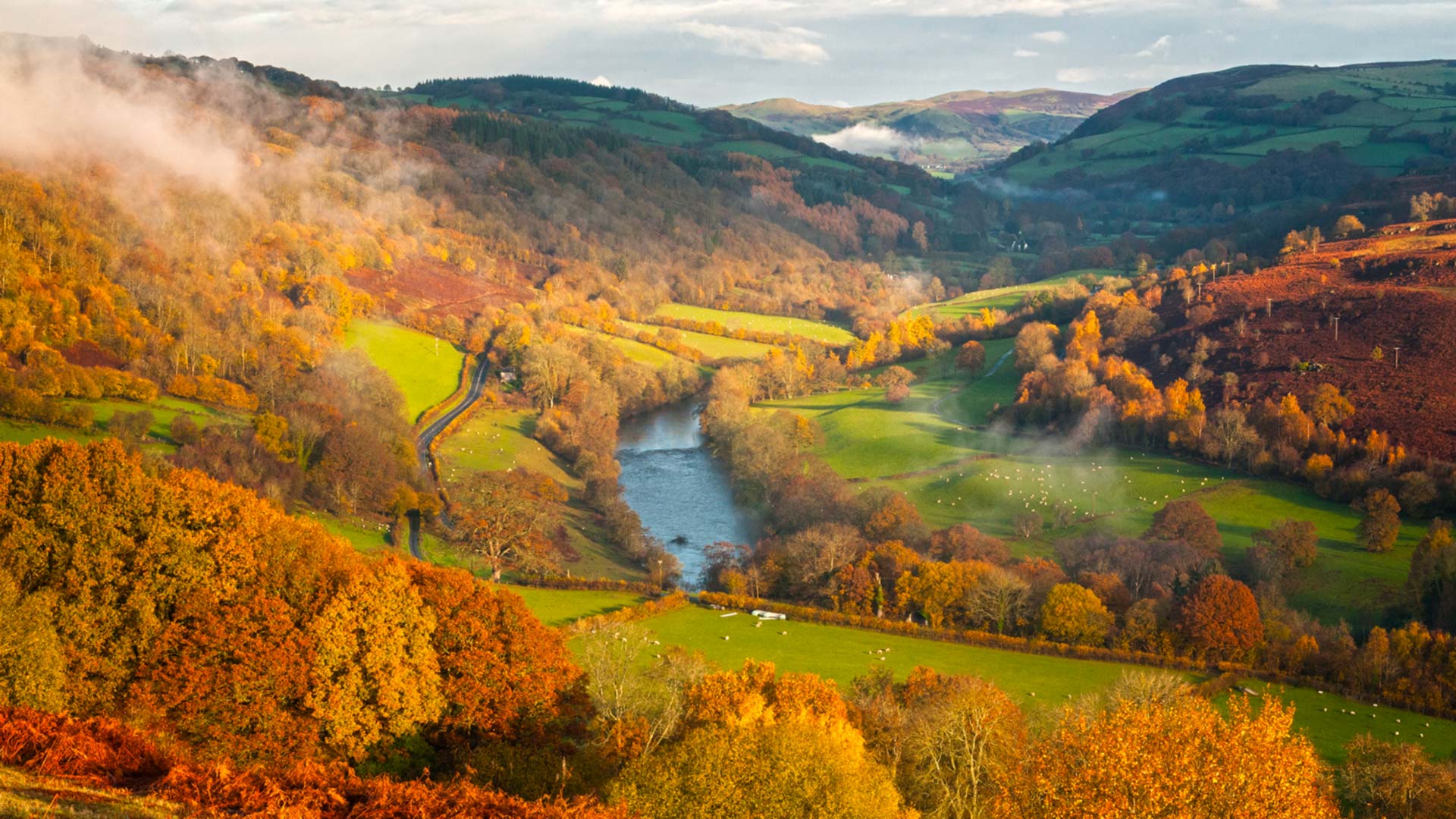 This stage is best described as a collection of gradients and a mix of open common land and farmland, steep in places with some walking on quiet country lanes. The route out of Builth Wells skirts around the Norman motte and bailey castle and then follows a quiet lane.

Back on the footpath the route climbs again (passing Pany-y-wrach - witches hollow), to an extensive area of common land from where there are views to the Black Mountains and Brecon Beacons.  At Little Hill Common more excellent views take in the valley below and Aberedw Rocks on the far side of the Wye, before the path descends to Erwood bridge. 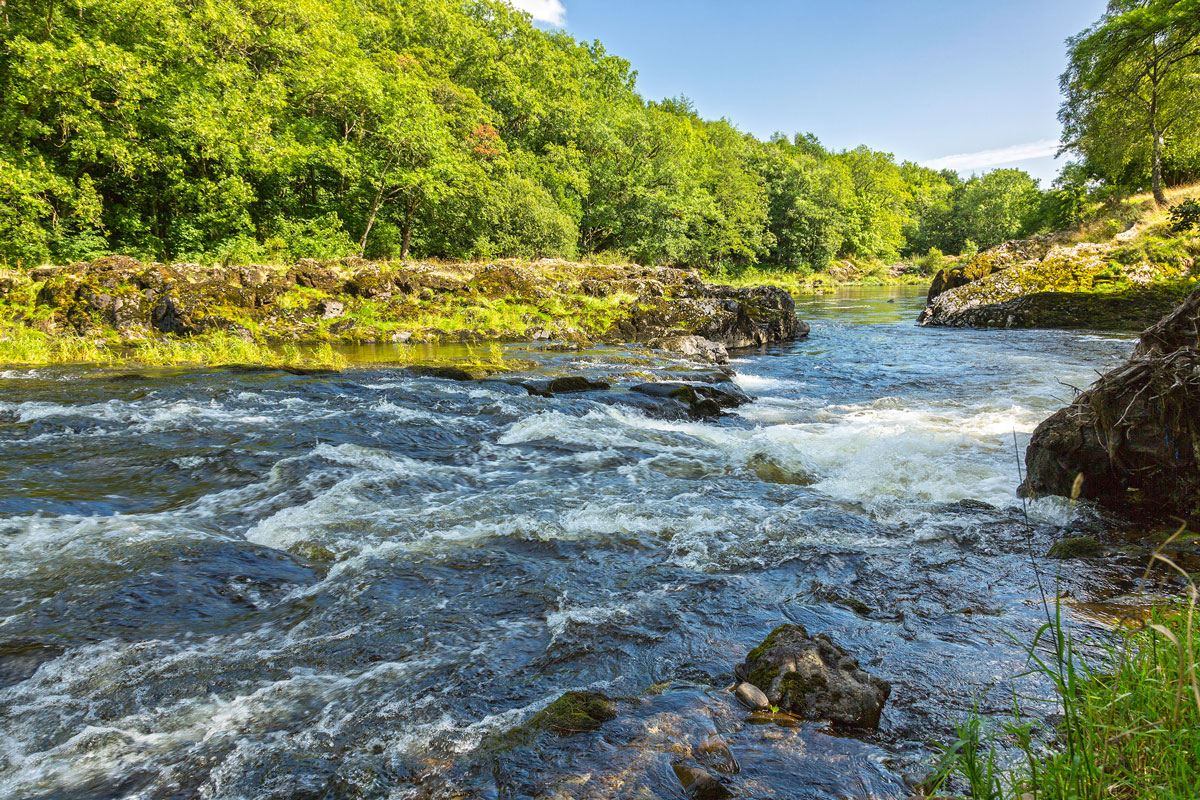 At Aberedw Rocks, on the opposite bank of the Wye, is Llywelyn's Cave, said to be the hideout of Llewelyn ap Gruffudd, Welsh Prince of Gwynedd in the 13th century. Llewelyn was at war with the English King, Edward 1, and legend has it he hid in this cave. Captured by the English, Llewelyn was decapitated and his head taken to London. It’s said that local monks from Cwm Hir Abbey claimed his body and buried it there, although there is no evidence of a burial site today. 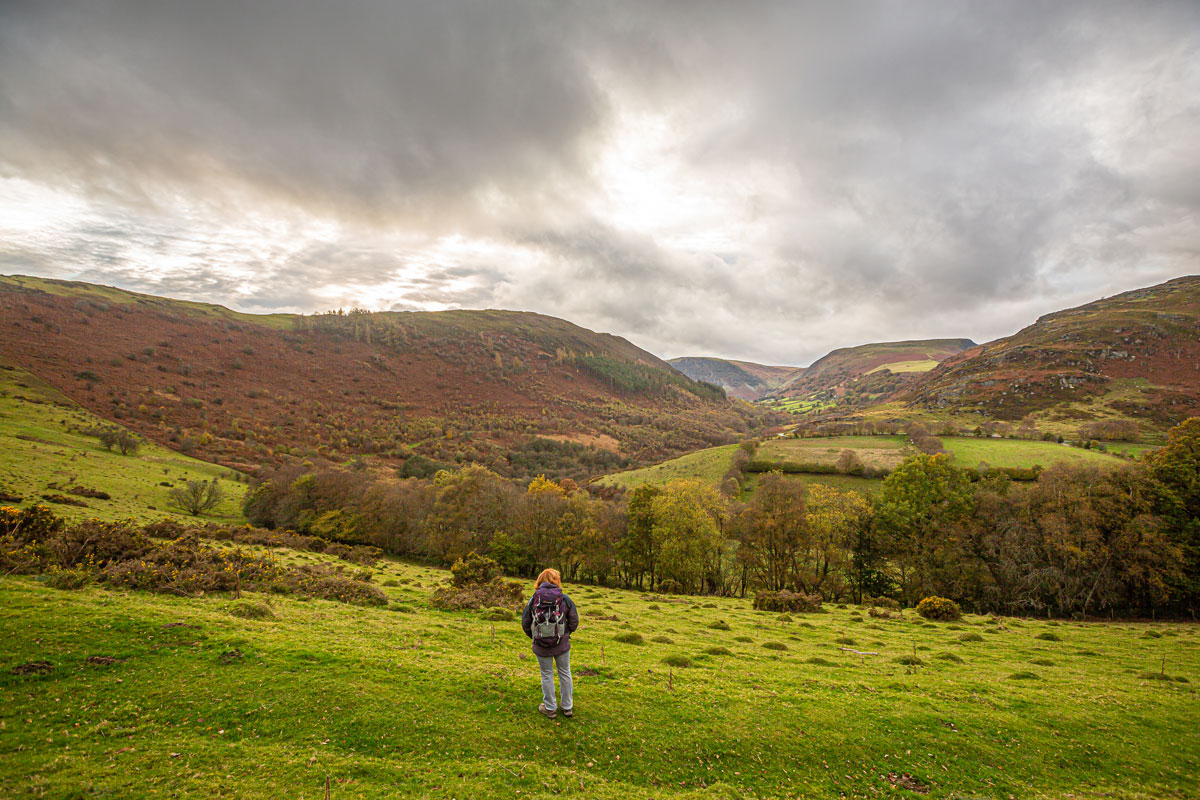 This stage passes through several areas of common land. 8.4 % of Wales is common land which is of great value for wildlife as it has not been improved for agricultural purposes. Ffridd’ is a Welsh term meaning the transition between valley and high hills. The mix of bracken and scrub, a habitat that develops on upland commons, is important for birds like the winchat, yellowhammer, linnet, wheatear and redstart. Common land is crucial to many Welsh farms which would not be viable without grazing rights.

1. Rhyd-y-benwch to Llangurig
2. Llangurig to Rhayader
3. Rhayader to Newbridge-on-Wye
4. Newbridge-on-Wye to Builth Wells
5. Builth Wells to Erwood
6. Erwood to Glasbury
7. Glasbury to Hay-on-Wye
8. Hay-on-Wye to Bredwardine
9. Bredwardine to Byford
10. Byford to Hereford
11. Hereford to Fownhope
12. Fownhope to Ross-on-Wye
13. Ross-on-Wye to Kerne Bridge
14. Kerne Bridge to Symonds Yat
15. Symonds Yat to Monmouth
16. Monmouth to Tintern
17. Tintern to Chepstow
18. Getting to the start of the walk 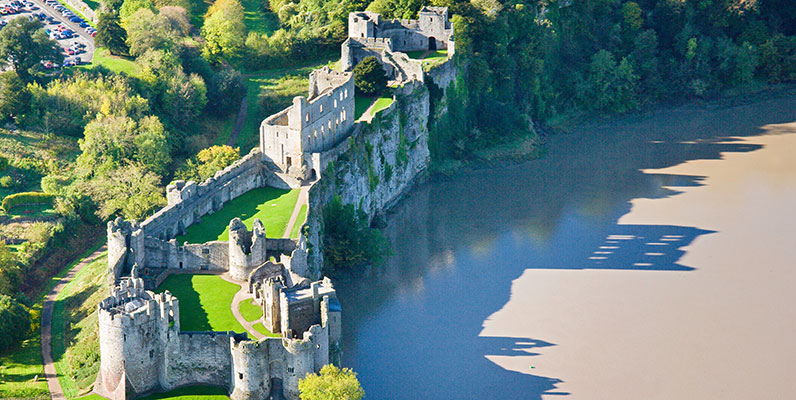 Local food and drink, wildlife and stories from the Wye… 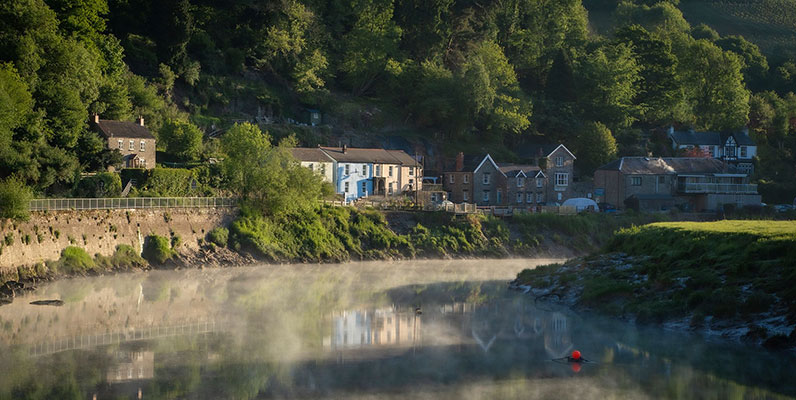 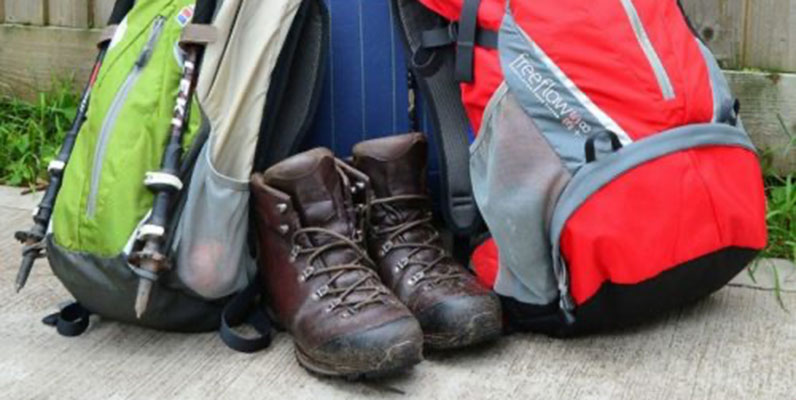 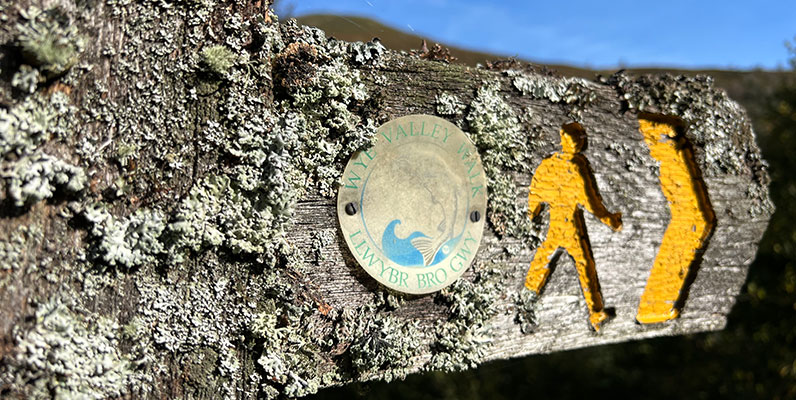 Let someone else do the planning… 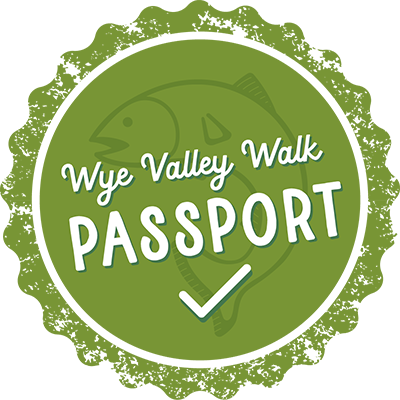 It’s a fantastic achievement to walk all 136 miles. Mark the miles by keeping a record of your journey, collecting (digital) passport stamps along the route… 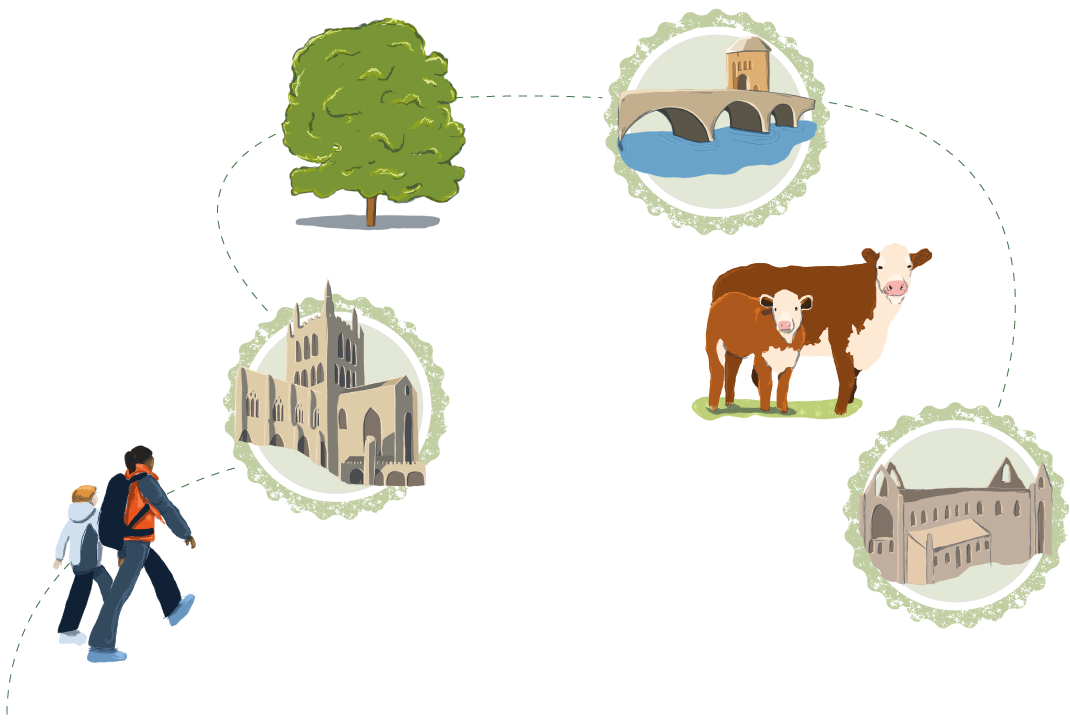 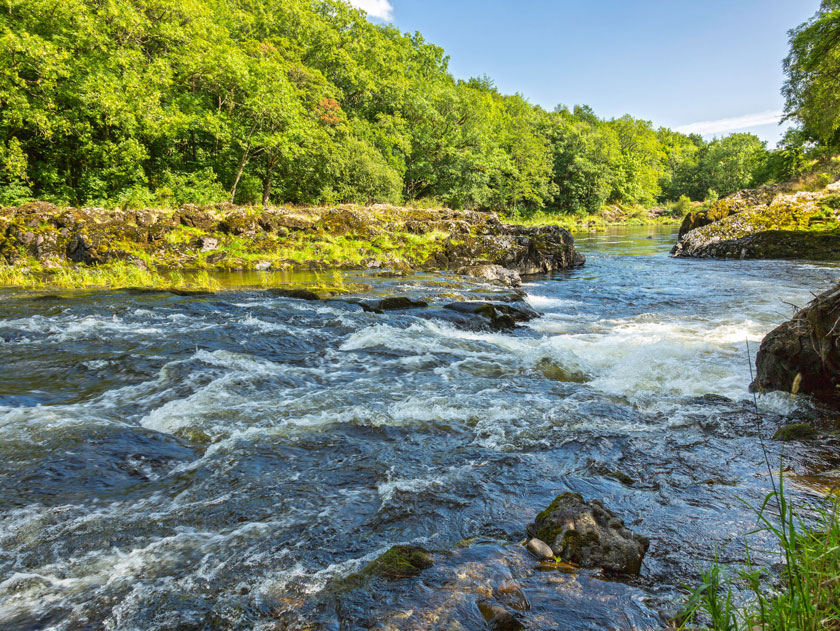 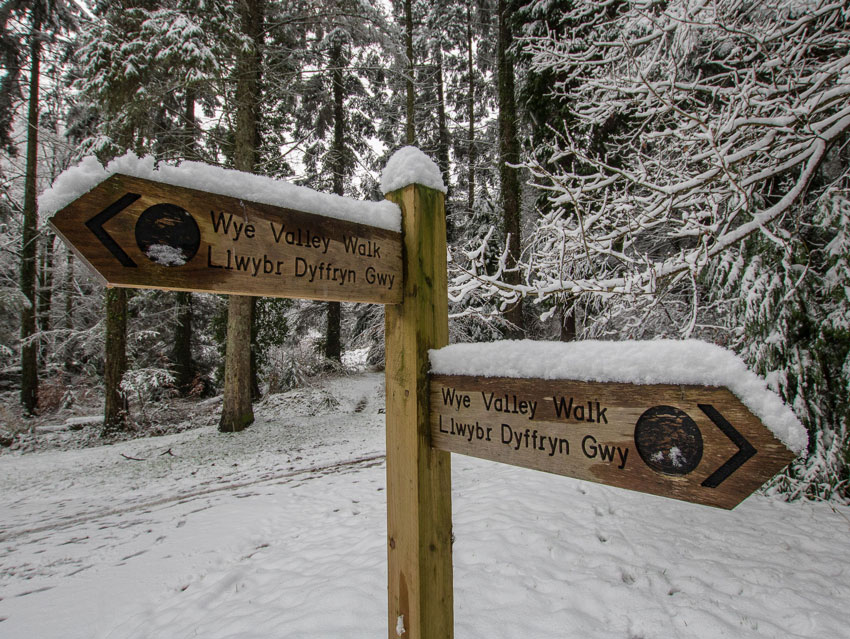